Yes, we are open during the COVID-19 pandemic, working virtually from home. We are available to meet via telephone or video conference.
Contact us today!
Call (763) 244-2949
Send a Message
Home » Blog » Filial Responsibility Laws 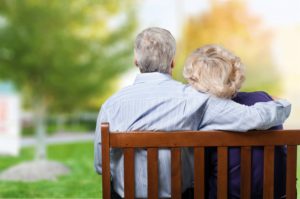 Filial responsibility laws impose a legal obligation on adult children to take care of their parents’ basic needs and medical care. Although most people are not aware of these laws, many states do have them (Minnesota is NOT one of them). Last I checked, 30 states in the U.S. have some type of filial responsibility laws in place, including: Alaska, Arkansas, California, Connecticut, Delaware, Georgia, Idaho, Indiana, Iowa, Kentucky, Louisiana, Maryland, Massachusetts, Mississippi, Montana, Nevada, New Hampshire, New Jersey, North Carolina, North Dakota, Ohio, Oregon, Pennsylvania, Rhode Island, South Dakota, Tennessee, Utah, Vermont, Virginia and West Virginia. If you live in one of these states you should educate yourself on filial responsibility.

One of the main reasons why filial responsibility laws are not widely enforced is due to the fact that in the context of needs-based government programs such as Medicaid, federal law has prohibited states from considering the financial responsibility of any person other than a spouse in determining whether an applicant is eligible. However, as many local programs aimed at helping the elderly continue to struggle with insolvency, many states may consider more aggressive enforcement of their filial responsibility laws.

Twenty-one states allow lawsuits to recover financial support. Parties who are allowed to bring such a lawsuit vary state by state. In some states, only the parents themselves can file a claim. In other states, the county, state public agencies or the parent’s creditors can file the lawsuit. In 12 states, criminal penalties may be imposed upon the adult children who fail to support their parents. Three states allow both civil and criminal penalties.

In some states, children are excused from their filial responsibility if they don’t have enough income to help out, or if they were abandoned as children by the parent. However, the abandonment defense can be difficult to prove, especially if the parent had a good reason to abandon the child, like serious financial difficulties. Sometimes, children’s filial responsibility can be reduced if prior bad behavior on the part of the parent can be proven.