Yes, we are open during the COVID-19 pandemic, working virtually from home. We are available to meet via telephone or video conference.
Contact us today!
Call (763) 244-2949
Send a Message
Home » Blog » How to Ask your Partner for a Prenuptial Agreement 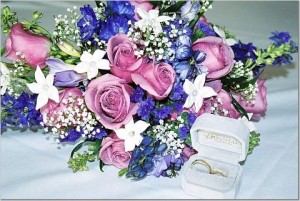 Discussing your desire to establish a prenuptial agreement with your future spouse has the potential to be a complete disaster, but approaching the topic with the comfort of your partner in mind can help alleviate much of the stress associated with the process of creating a premarital agreement.

A prenuptial agreement is a legal document drafted and signed before marriage that lays the groundwork for the distribution of assets in the event of death or divorce. Although these agreements aren’t a requirement before marriage, for couples coming into a marriage with their own assets, debts, or children, they can be an invaluable planning tool. Many people are sensitive to the idea that signing an agreement of this kind means one partner thinks the marriage will fail, but prenuptial contracts are really meant to serve as a contingency plan.

Below are three ways to make the discussion easier.

Know the basics of a prenuptial agreement.

You likely have an inkling as to how your partner will react to you bringing up the subject of a premarital agreement. Whether you think they will be neutral or get defensive at the very mention of the idea, explain that drafting the agreement as a couple gives you the ability to design it in a way that could financially protect both of you in the event that your marriage fails. Make sure your partner is aware that their feelings during this process are of the utmost importance to you. It’s best to seek the guidance of an experienced family law attorney prior to discussing a prenuptial agreement with your future spouse in order to gather all the information you need to have a thorough discussion on the subject. These small preparations can help the conversation flow more smoothly between you and your partner, hopefully resulting in a relaxed and honest discussion about what you both expect from your marriage.

Don’t wait until the last minute to tell your fiancé you want a premarital agreement.

Both of you should be involved in the process of drafting the prenuptial agreement. It shouldn’t be one of you presenting the other with a contract at the rehearsal dinner right before the wedding. Not only are last-minute agreements on “shaky ground” legally speaking, but you’re more likely to upset your partner if you expect them to read and sign this type of contract without any warning. Prenups that are signed shortly before the wedding aren’t necessarily lawfully invalid, but they are much more likely to be legally argued than agreements that were signed well before a couple says “I do.” In order to avoid inflicting massive pre-wedding jitters on your partner, talk about your desire to have a prenup as soon as possible following your engagement. Working together to draft the agreement provides both of you with a chance to state how you feel “work” will be divided throughout your marriage, which can make you more secure with your decision to marry than before. The prenuptial agreement takes the guesswork out of a divorce, as it determines who owns what property.

Work together to draft your premarital agreement.

It is strongly encouraged that each party receive advice from his or her own attorney before entering into a prenuptial agreement.  Together and with their attorneys the parties should come up with the issues they would like to address in the agreement and identify their biggest concerns.