Yes, we are open during the COVID-19 pandemic, working virtually from home. We are available to meet via telephone or video conference.
Contact us today!
Call (763) 244-2949
Send a Message
Home » Blog » How to Enforce a Child Support Order 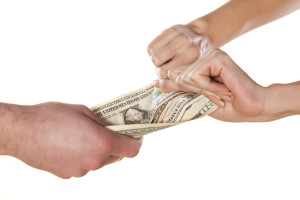 As many can attest, going through a divorce can be a difficult experience and the process can become contentious. Even after the spouses reach a settlement, conflict may continue to arise, particularly when a parent fails to make the required child support payments. In these cases, it may be necessary to take legal action to enforce the child support order.

Child Support at a Glance

While child support determinations may vary state to state, the courts generally consider a number of factors in reaching these decisions, including:

Child support orders specify the amount that is to be paid and usually require payments to be made on a monthly basis until the child becomes an adult.

While both parents are responsible for the financial well-being of their children, the parent who has primary custody will typically be awarded child support. A parent who fails to comply with court ordered child support can be held accountable by the other parent. In order enforce the order, it is necessary to file an “Order to Show Cause” or a similar legal document with the court. This order must also be served on the non-paying parent.

The court will then hold a hearing and the non-paying parent will need to explain why the payments have not been made. In some cases, there may be legitimate reasons, such as a sudden loss of income or an illness or other emergency. If the order was violated without cause, however, the court will move to enforce the order. In these situations, the court has a number of options, such as ordering payments to be automatically deducted from the non-paying parent’s paycheck.

If the parent is a repeat offender, the court can also garnish his or her wages, place a lien on real property or even seize bank accounts. A more drastic step, the court may find the non-paying parent to be in contempt of court which could result in a prison sentence and fines. However, courts are generally not inclined to go this far since the parent will then be unable to earn income to comply with the child support order.